BETWEEN is the new show courtesy of Netflix. In a small town a mystery disease kills everyone over the age of 21. It is a great concept and right up my street. The town is quarantined by the military and we sit back and watch how the under 21 survivors cope. Think ‘Under the Dome’ with better acting (this isn’t hard) and they do not hold back on the gore (we see a girl with her head blown off). The first episode is bleaurgh but it is a typical pilot and it does get better.

Anyway, the government announce on TV (adults are still alive outside town) that now everyone who is going to die is gone, the kids must burn the bodies and the quarantine will be lifted. They burn the bodies and the military surround the town with minefields thus ensuring no one leaves ever. Jennette McCurdy of iCarly fame, is used heavily to promote this show so you can see the target audience is very young. So, if you are expecting oscar worthy performances with groundbreaking special effects and captivating dialogue then this probably isn’t for you. This show is soooo full of cliches such as the pregnant teen rebel who was never good enough for her preacher dad, the good looking rich jock whose father owns everything in town, the genius kid who is unravelling and investigating the mystery disease, the drug dealing hillbilly….you get the point. However, it is an easy watch and a fun ride.

This is 6 episodes long, and apparently there is some sort of web series accompaniment (which I won’t be watching). However, if Netflix renews this for another series, I am in. That last episode left me wanting answers and anything I say at this point would be a massive spoiler. However, the show has great potential and it would be a shame leave it with so many unanswered questions. 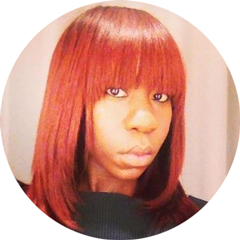